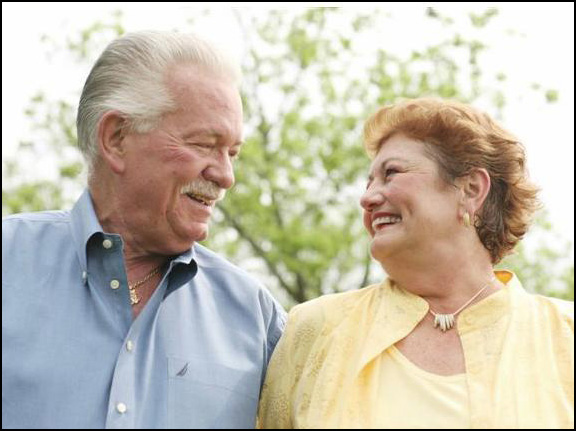 The above photo is of Joe and his wife, Shirley. It was found on her campaign website running for Gwinnett County (GA) District 1 Commissioner, the election held August 5, 2008.

Joe was in the Class of 1955 but did not graduate. He is shown in the Varsity Football group photo in our Year Book. The photo caption reads that Joe Lasseter and John Matthews made the All P.A.L.(Peninsula Athletic League) Team.

It appears that at the time of his passing, Joe was married to Shirley Fanning Lasseter, former Mayor of Duluth GA (a suburb of Atlanta). She served as Duluth's mayor from 1994 to 2007. Shirley is quoted as the proud mother of four, but we can't say they were all the product of her marriage to Joe. On the Internet there is an excess of information about Shirley Lasseter, but hardly a word was found about Joe.