| Return |
Coolidge Elementary School
The two photos shown below are property of the Burlingame Historical Society and are displayed with permission. 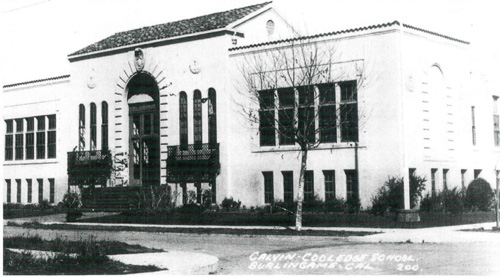 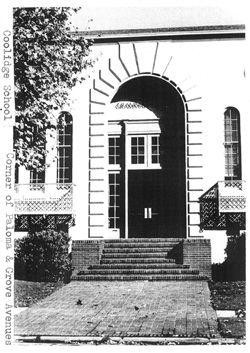 -----------
The commentary below was copied from the Memories Section of the Burlingame Historical Society's website.
It was submitted by "Barbara" on 15 June 2004.

"Since this is about memories I must put forth a few of mine about Calvin Coolidge Grammar School which was torn down in the late 70's or early 80's to make room for new homes.

"All that is really left will be the memories of those of us who were lucky enough to attend this wonderful little "neighborhood" school. There were no school buses or car pools. We were all able to walk to school. It was located at the corner of Laguna Avenue and Grove Avenue in north Burlingame. Everyone who attended lived in the neighborhood and the feeling of safety surrounded all of us.

"To enter the school you would ascend a staircase made of red brick. The one floor school was in a circle with the office and 4 or 5 classrooms surrounding. As I recall we were in high/low grade categories and shared many of the same classrooms. There was a ramp which descended to the playground and then one which descended to the basement which was used as an auditorium with a stage mounted in front.

"The following are the names of a few of the teachers who are unforgettable to this day: Grace Carleton, Ida Newport, Frances Evans, Mrs. Statler and Elsiann Irvin who both served as our principal at different times. Agnes O'Neil taught music and Mrs. Huckstabel taught art. I attended Coolidge from 1934 until 1940 when we were transferred to McKinley or Roosevelt for the 7th and 8th grades. 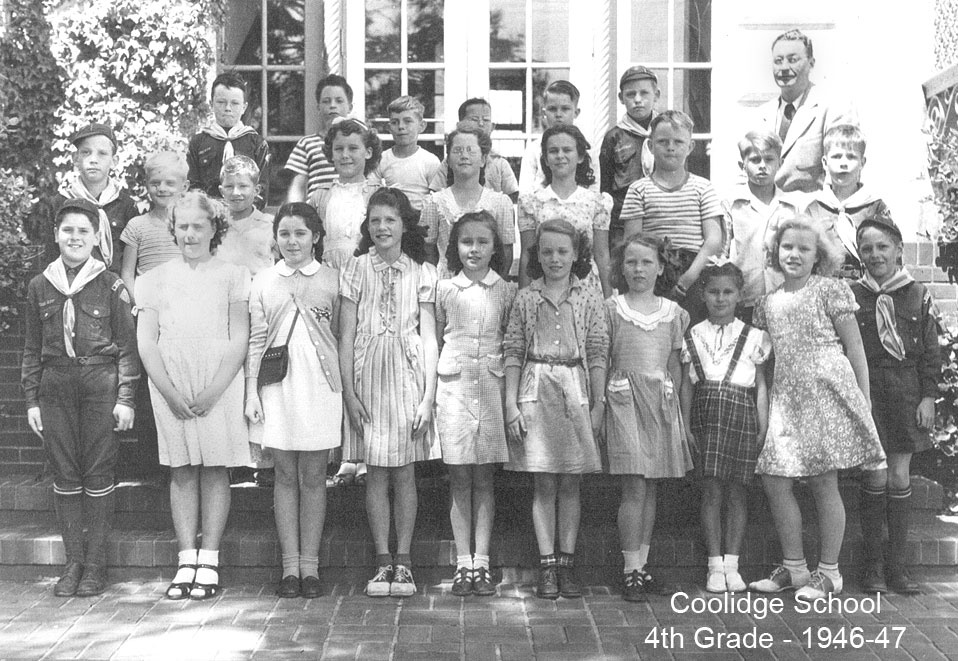 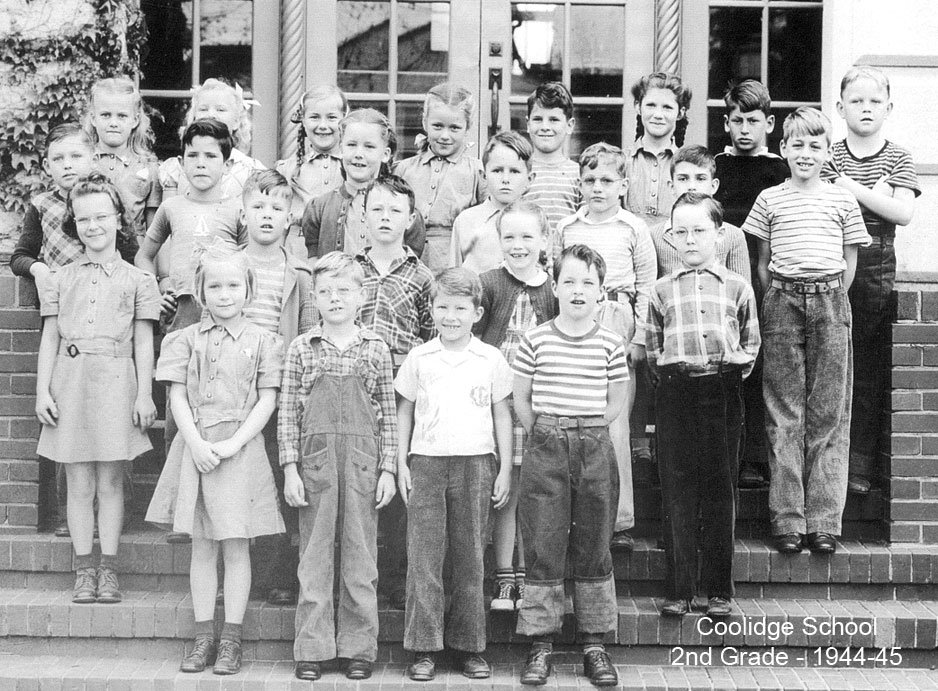